Tenacity Really Can Pay Off 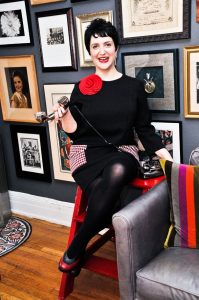 I was lucky enough to meet a wonderful actress named Coco Cohn during her interview with Stagebuddy.com She starred as Rosie in Mamma Mia on Broadway. She is a testament to sticking with what you love and going after what you want until you get it. She told the story of how she was in LA doing Film and TV but decided she really wanted to get to New York and do Broadway. She auditioned for Mamma Mia in 2009 and they called her in every six months until she finally was given the role in 2012. This was her Broadway Debut and she has been in the show for the last 2 years. Can you imagine spending 3 years auditioning and being called in again and again. A lot of people would have given up and moved on. The thing with performing is you have to keep working on your craft, working where you can and keep your skills honed and ready for whatever may come. Your turn will come you just have to make sure you are there for it.

It’s a lot of hard work in the entertainment industry but the payoff of doing what you love is worth it. Here is the link to her Stagebuddy Interview:

Live Online Lessons
anywhere in the world!
Starting at $28

Call now for a FREE phone consultation with Susan!

“Susan provides detailed and simple to follow instructions that build the student into a singer, even if they don’t think they can sing.” – David Strickler   “Susan is great with newbies and experienced folks alike.” – Janice Creneti   “Susan taught me… just so many things!” – Jamie Gillespie   “Sue Bell, the Coach, delivers! NYC needs more instructors …with a touch of class and indelible positive energy.” – Renard Steele